"But thank goodness we have the Brazen-Faced Varlets in town."  Peter Hall, Buffalo Rising 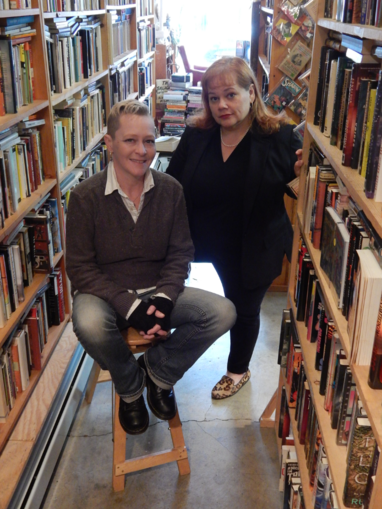 In 2004, Heather Fangsrud and Lara D. Haberberger were living in the Washington, DC/Baltimore, MD metro area.  Lara had recently completed her MFA in directing from the Catholic University of America in DC, while Heather was working at several local Baltimore theaters.  They were looking for a change of scenery.  They were looking for a new home with a thriving theater community  in  an affordable city.

They were participants in the 2004 Gay and Lesbian Theater Festival in Columbus, OH.  During the festival, they had a chance to see Buffalo United Artists production of Confessions by Matthew Crehan Higgins.  They were so impressed with the show that they decided to move to Buffalo.

In 2006, they were a part of the 2nd Annual Buffalo Infringement Festival with Shawn Northrip's Ramona and Juliet, a bawdy retelling of Shakespeare's tragic love story, but featuring lesbians as the lovers.

Audiences loved the show and the Brazen-Faced Varlets were born.